Jello shots are fun, but pudding shots are delicious! These chocolate pudding shots with Kahlua and vodka are so easy to make and so yummy! The recipe is simple, so make them just as we have, or get creative with your pudding, liqueur and vodka flavors! These are a fun little treat any time of year, but we think of them more during the holiday season.

These are so easy to make, you only need a few ingredients.

We have most of this on hand normally, I just had to pick up the tub of cool whip. I thought whipped cream vodka would be really delicious for this recipe, too. If you aren’t a fan of sprinkles, chocolate shavings would be amazing to top these fun little chocolate shots.

How to Make Chocolate Pudding Shots with Kahlua and Vodka

1. In a large bowl, mix instant pudding mix, 2 cups cold milk, 1/2 cup vodka, and 1/2 cup kahlua, whisk together for a couple of minutes.

4. Top with whipped cream and chocolate sprinkles and enjoy!

This chocolate pudding shots recipe is so easy and so tasty! They’ll be a huge hit, it doesn’t get much more fun than little tasty dessert shots. If you like them you can experiment by switching to different flavors, with both the flavor of pudding mix and the vodka or other alcohol. The important part is to use flavors that you enjoy! There are so many different delicious flavors you can do with this basic pudding shot recipe. See our FAQs below for more great ideas. You might also like these other pudding shot recipes-

Does the pudding still set with all of the alcohol included?

Yes! Plus, we add the cool whip which helps thicken the pudding mixture up, as well. When we use the Kahlua coffee liqueur, it is a little creamier, as well, than if we only used vodka.

Where can I buy plastic individual serving cups?

You can order 2 oz. plastic shot cups on Amazon, and I have even found them at Walmart. They are perfect for these pudding shots, and jello shots!

Can I use Baileys?

Yes! You can absolutely swap the Kahlua for Baileys Irish cream liqueur, they both will be delicious in this recipe!

Can I do other flavors?

Yes! You can take this basic recipe and try out any number of different flavor combinations. You could try white chocolate pudding, vanilla pudding, baileys Irish cream instead of Kahlua, caramel vodka instead of whipped. Definitely get creative and customize these to your favorite flavors. Also keep an eye out for seasonal varieties of Kahlua and Baileys, you could make some really fun flavor combinations with those.

What is the best way to eat these?

You can serve these as is, just like you would Jello shots, but they are a bit messier, so feel free to opt to serve these with plastic spoons, to make life easier. Mini spoons would be really cute!

For a printable version of these easy jello shots, see below! 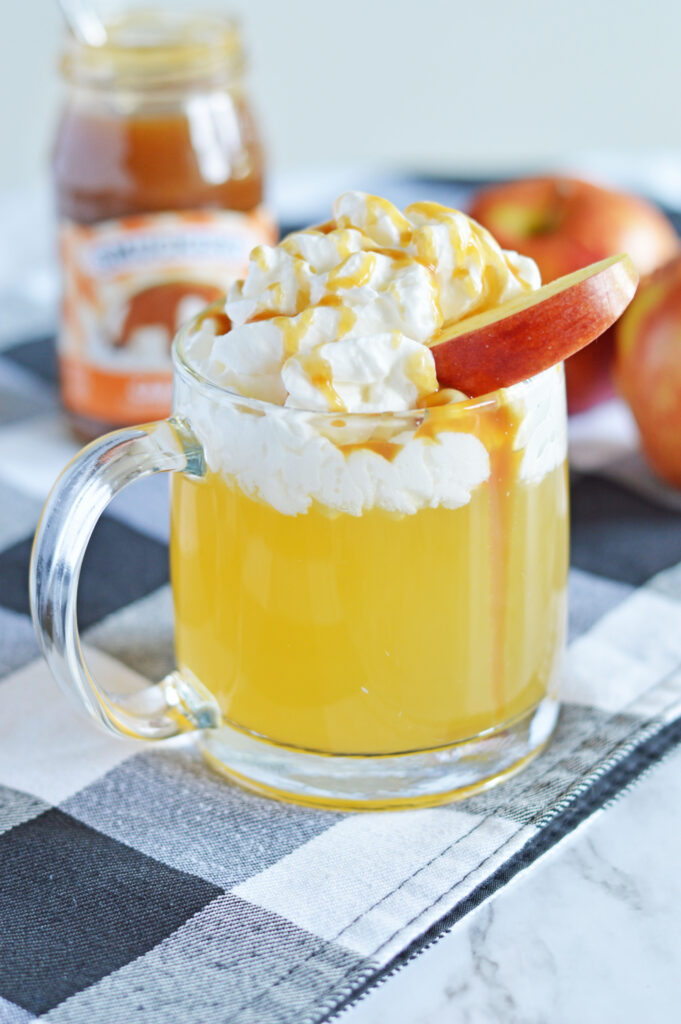 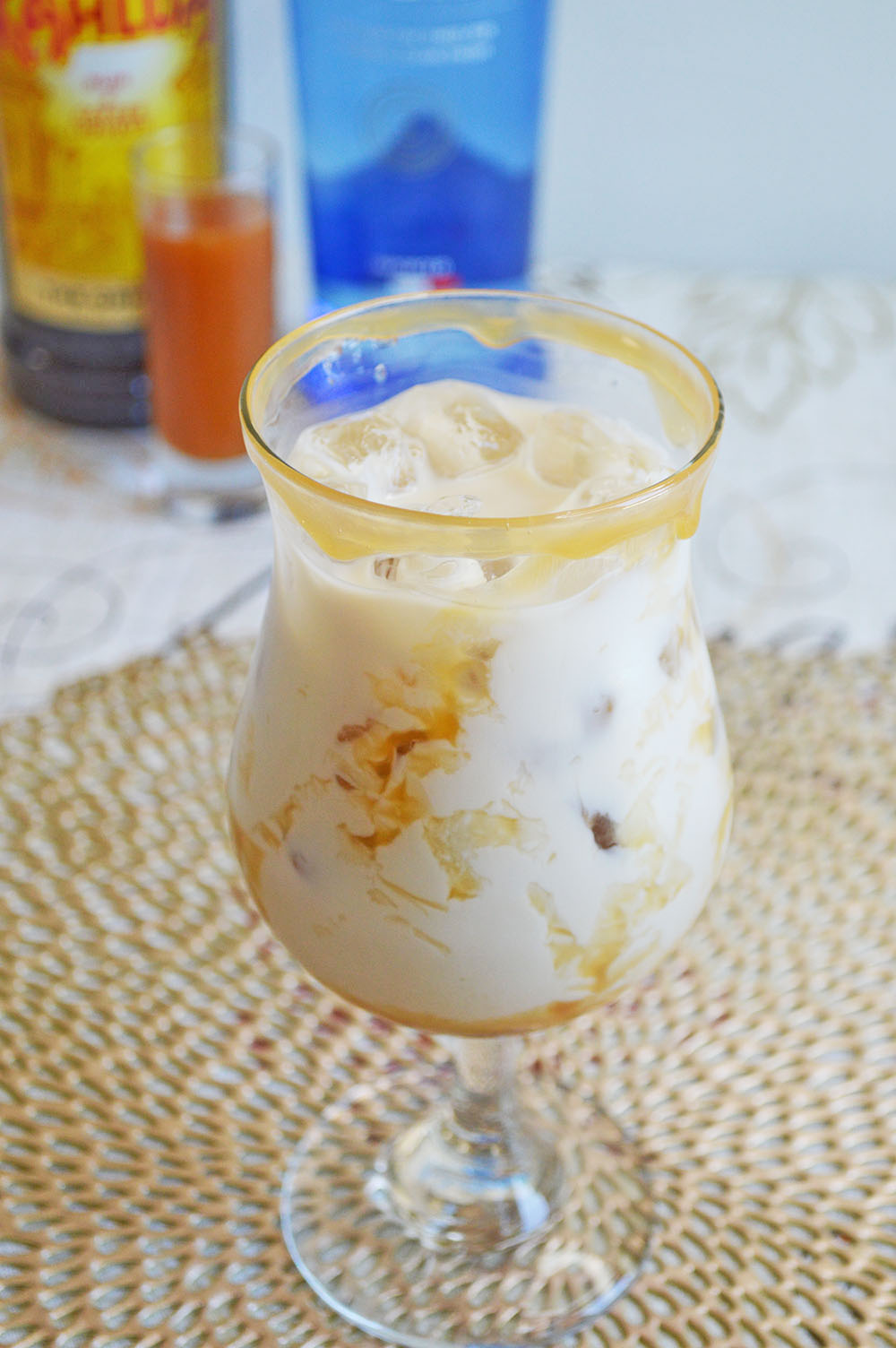 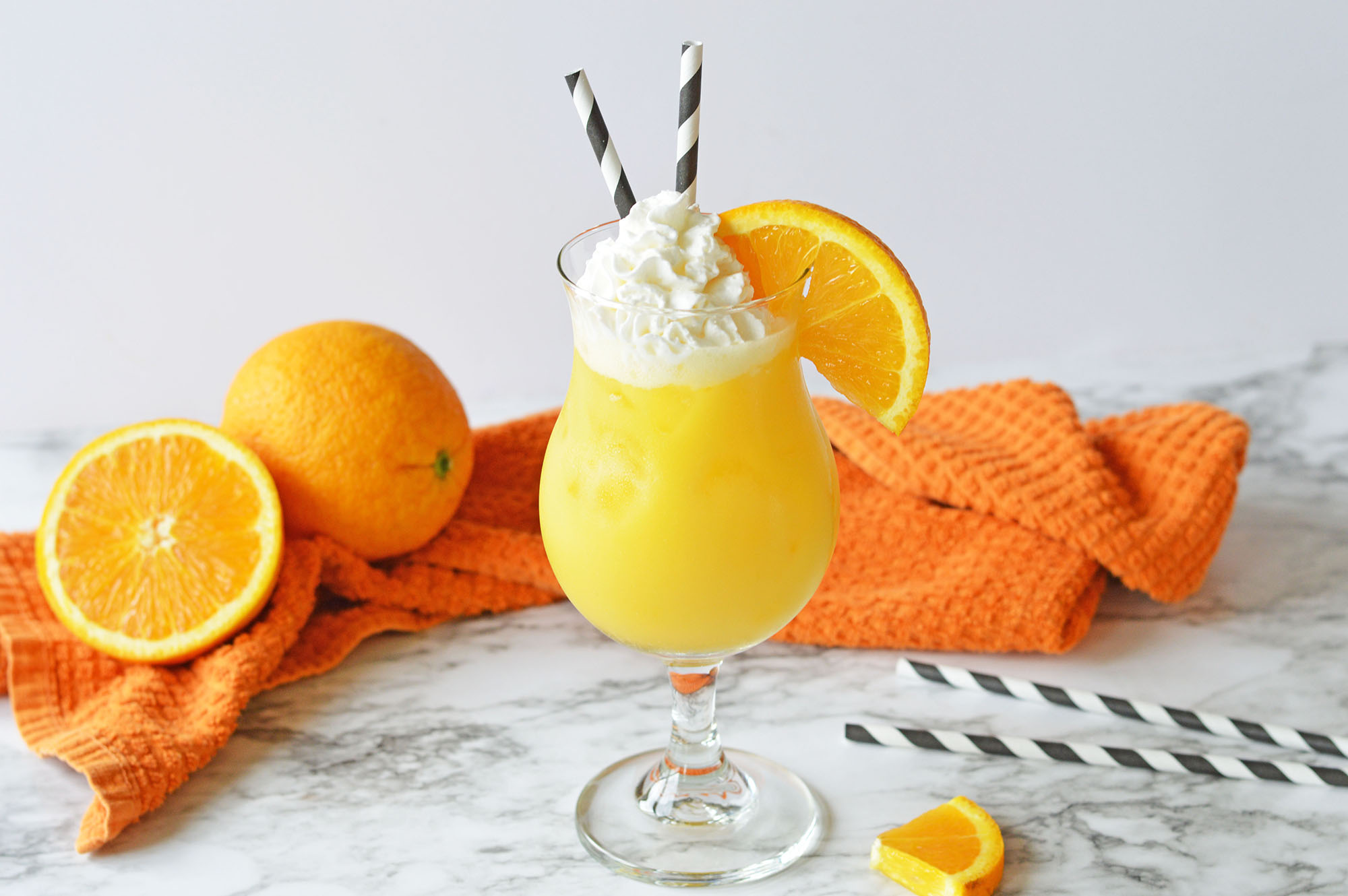 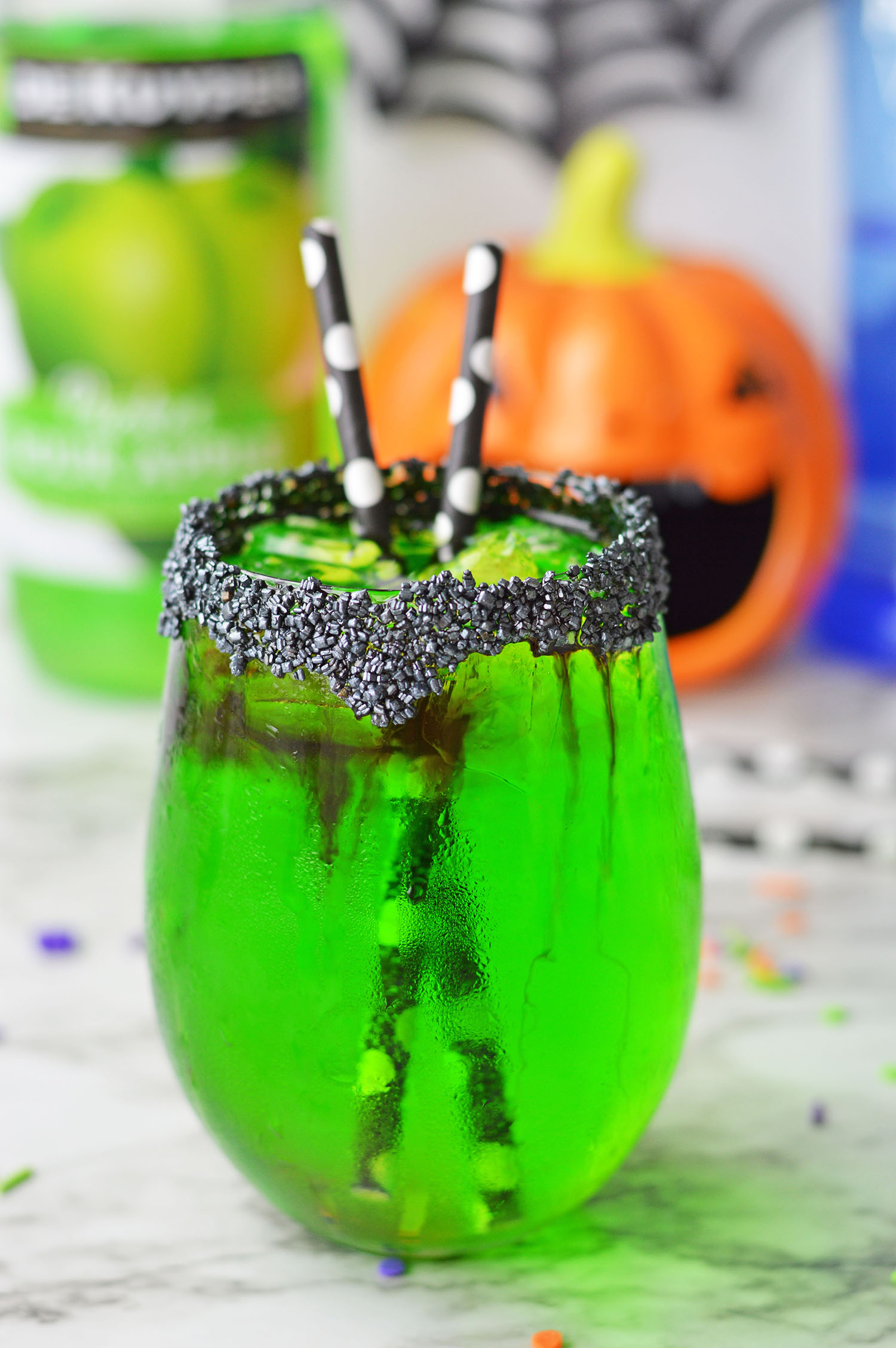 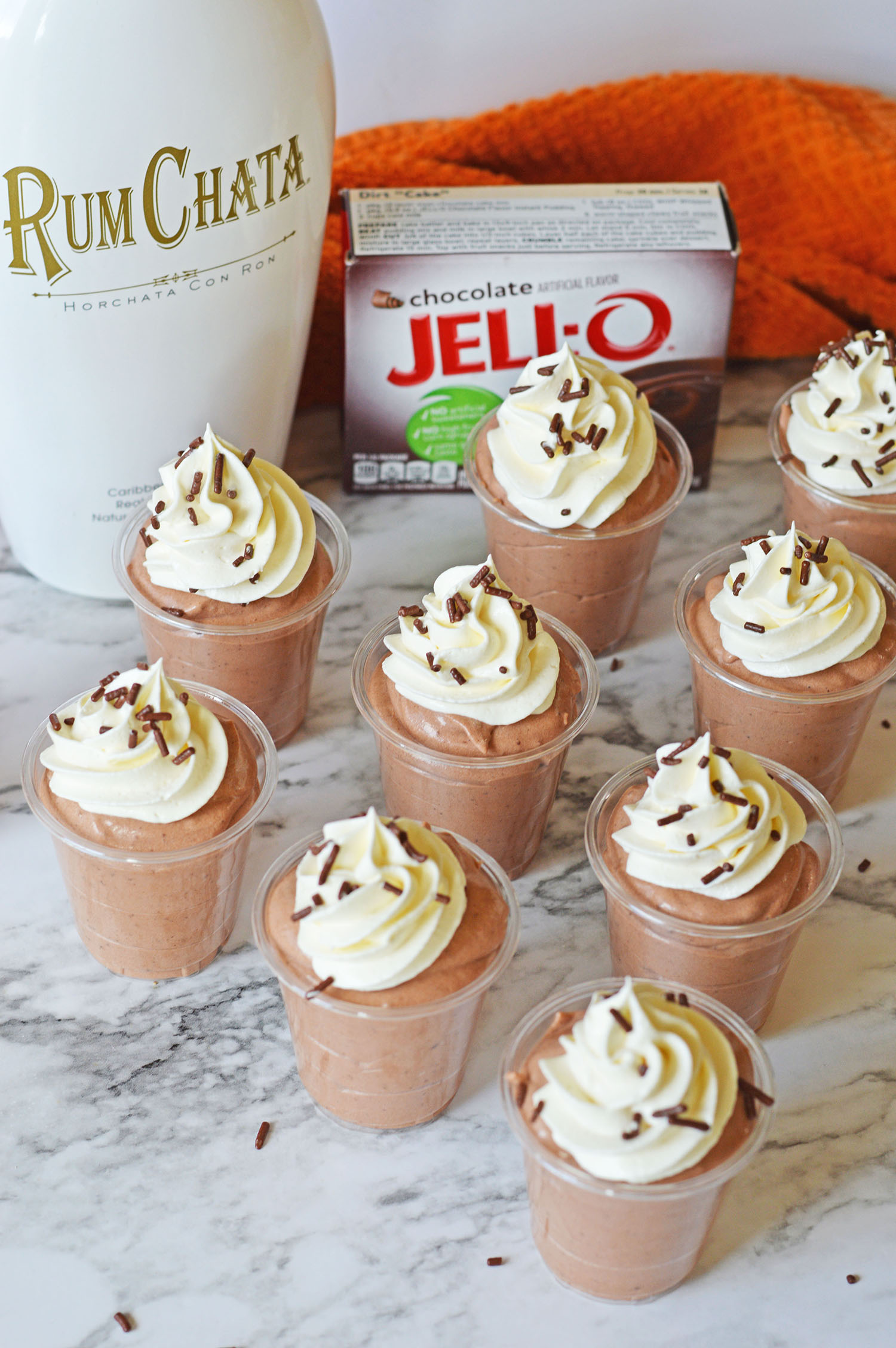